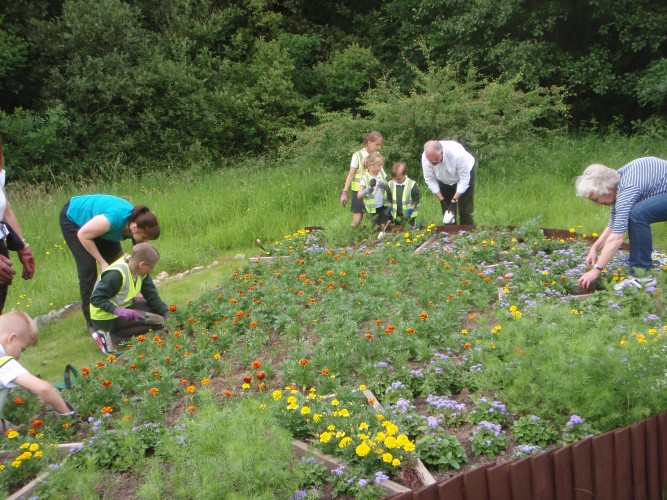 Sunny Bank Vale in Droylsden, Tameside, Greater Manchester has been recognised by the Green Flag Award Scheme as one of the very best in the world by being awarded a Green Flag Community Award for 2017.

The urban country park is among a record- breaking 1,797 UK parks and green spaces that received a prestigious Green Flag or Green Flag Community Award – the mark of a quality park or green space.

This international award, now into its third decade, is a sign to the public that the space boasts the highest possible environmental standards, is beautifully maintained and has excellent visitor facilities.

The 39 acre urban country park, once a landfill site, now has a network of safe paths which enable residents and visitors to walk and enjoy all aspects of the natural world within a short distance of where they live.

Howard Boots, Chair of the Friends of Sunny Bank Vale said “We are absolutely delighted to receive a Community Green Flag for 2017.  This is the third year that the Vale has received this prestigious award.  The Friends Group know how much quality green spaces matter to residents and visitors and this award celebrates the dedication of the Friends Group that goes into maintaining Sunny Bank Vale to such a high standard.

This would, however not be possible without the support of our funders, especially Bradley Park Community Fund, to whom we are most grateful.”

Each flag is a celebration of the thousands of staff and volunteers who work tirelessly to maintain the high standards demanded by the Green Flag Award.  The success of the scheme, especially in these challenging times, demonstrates just how much parks matter to people.”