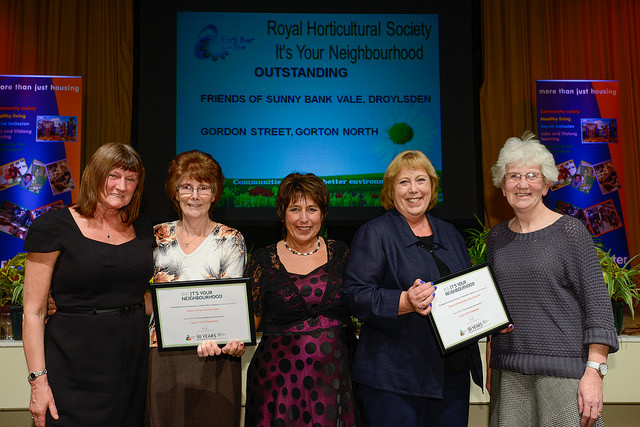 50 years of Britain in Bloom

The Friends of Sunny Bank Vale have had their hard work recognised by the North West Britain in Bloom Society at this year’s prize giving ceremony. They were presented with a special “50 years of Britain in Bloom” award for the “Sun in Splendour” display at the Vale.

The accolade didn’t stop there as the Friends were also presented with a Level 5 “Outstanding” award, the highest level available, in the RHS “It’s Your Neighbourhood” competition.

The Friends of Sunny Bank Vale received a £10,000 grant from the Bradley Park Community Fund for improvements to the footpaths at the Vale and have recently received a further £5,664 for ongoing management.