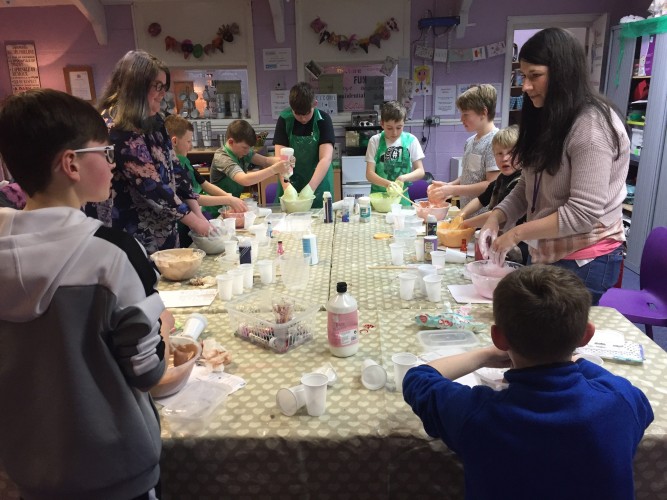 Ten local organisations around Liverpool Bay are celebrating the news that they have been awarded grants as part of Ørsted’s Burbo Bank Extension Community Fund.

The deserving recipients will each receive a share of the massive £120,194 windfall available under the seventh round of grants awarded by the Fund.

Each year for the expected 25 year lifetime of the Burbo Bank Extension offshore wind farm, approximately £225,000 will be made available for community projects, which will benefit the local area.

The ten new projects join 82 other groups who have already benefited from grant support through the Fund, taking the total awarded to £787,500 since it launched in May 2015.

The full list of organisations awarded grants under this round of the Community Benefit Fund are as follows:

“Many thanks to Ørsted for a grant of £21,500 through the Burbo Bank Extension Community Fund. We are absolutely delighted with the funding which will support increased access to services for vulnerable young people. In these austere times, when thresholds for statutory services have been raised, funding is even more vital in terms of our being able to deliver more preventative work. WEB engages with young people from the most disadvantaged communities supporting access to earlier interventions, resulting in improved mental health and well-being.”

“We’ve been operating out of Merseyside for over ten years, and both our wind farms at Burbo Bank have led the way for the whole industry, being the first to pioneer new technology that is now used widely across the globe.

“We established this fund as a way of giving back to the local community, and on our seventh round of funding it’s great to again see a variety in the deserving organisations that will benefit from the fund, both in the Liverpool Bay area, where our brand new operations and maintenance base is located, and also from across the waters in North Wales where our onshore substation is situated.”

The closing date for the next round of applications is 3 April 2019. For further details of how you can apply to the next round, please click here.

Ørsted’s Burbo Bank Extension offshore wind farm was officially opened in May 2017 and is capable of meeting the electricity demand of well over 230,000 homes. It was the first offshore wind farm in the world to commercially demonstrate the massive 8MW MHI Vestas turbines which stand at a staggering 195m, tall from sea-level to tip.